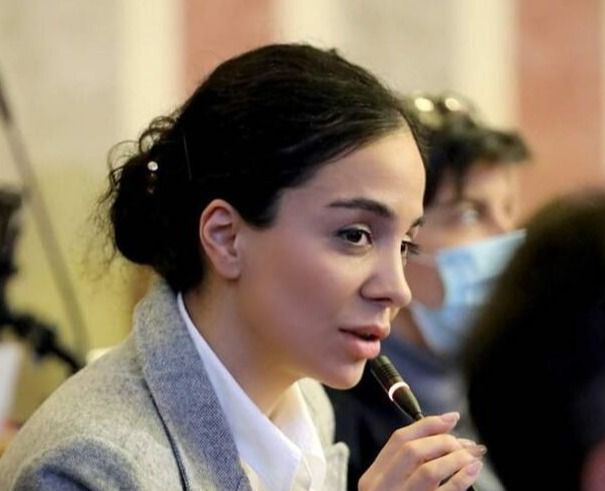 Among the Georgian participants of the Study Visit in Moldova, was Ana Gogoladze, 29-year-old economist, who is a graduate of the Educational Certification Program in Fighting Corruption, class of 2019-2020. Ana is a member of the 7th convocation of the Tbilisi City Assembly. Ana has gained several years of work experience in the field of economics within the private as well as public sectors. Alongside with her political activity, she is also an invited lecturer at Ilia State University and International Black Sea University, conducting lectures in the field of Economics and Public Finance at Bachelor’s and Master’s degree levels.

Ana has acquired her major in Economics and Public Administration, while studying in Georgia as well as in Netherlands and Germany at different educational levels. Currently, she is a PhD student of the Program in Political Sciences at Ilia State University while examining Parliamentary oversight of Finances. In addition to her formal education, Ana is actively engaged into educational projects organized by the local and international organizations.

Ana Gogoladze: “This nine-month corruption fighting program has given me an in-depth grasp of corruption issues starting from legal aspects to international best practices. The course turned out to be particularly valuable in terms of gaining practical knowledge and skills. This, on one hand, assisted me to better exercise parliamentary oversight when working for the Parliament of Georgia and on the other hand, extended my qualification acquired through university courses and enabled me to share more practical knowledge to my students."

The Certification Program in Fighting Corruption is implemented by the Institute for Development of Freedom of Information (IDFI) in cooperation with the Ilia State University with financial support from the Foundation to Promote Open Society (FPOS).