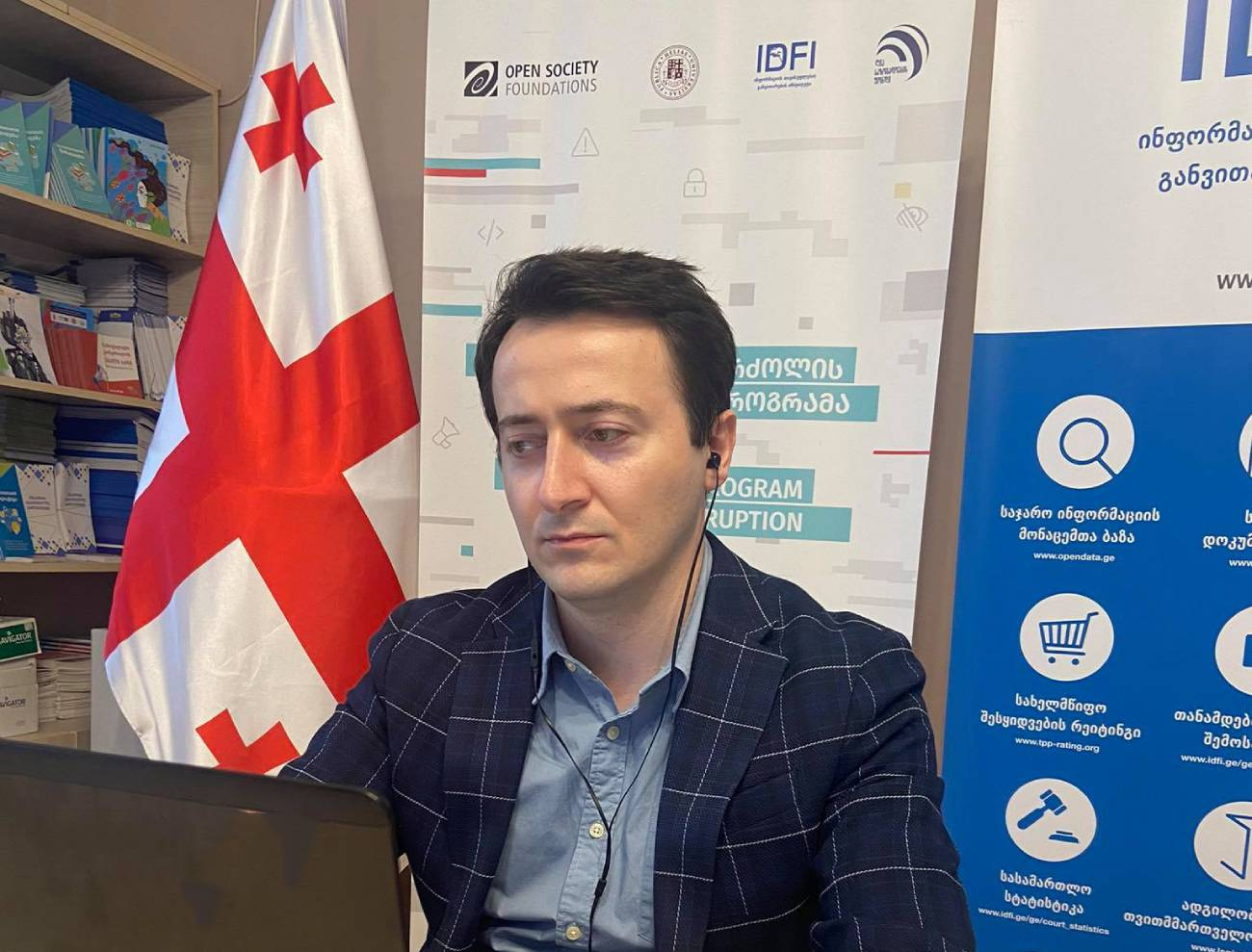 On April 20, 2021, Davit Maisuradze, Open Government Direction Head of the Institute for the Development of Freedom of Information (IDFI), delivered a lecture to the participants of theAnti-Corruption Certificate Program ofKyrgyzstanunder the framework ofthe Certification Program in Fighting Corruption. The event was organized by the Central Asian Research Institute on Corruption and Money Laundering.

During the lecture, Davit Maisuradze shared Georgia's experience concerning fighting corruption, including the situation before 2003 and the reforms implemented since 2003, and discussed main changes in areas such as taxation entities, legal entities of service provision of Ministry of Justice of Georgia, and law enforcement agencies.

Davit Maisuradze focused on the anti-corruption initiatives developed within the framework of the Open Government Partnership (OGP) Action Plans, which are related to public service reforms, transparency of budget processes, and access to public information.

The Certification Program in Fighting Corruption in Georgia is financially supported by the Open Society Foundations (OSGF) that promotes the development of sustainable human resources for fighting corruption.