Spring Semester of the Anti-corruption Educational Program Has Begun 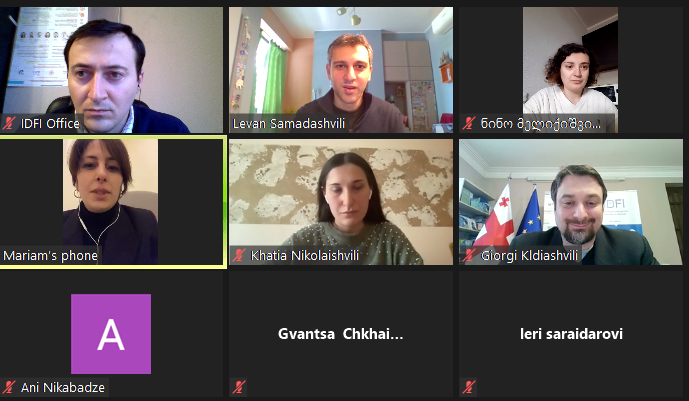 Spring Semester of the Anti-corruption Educational Program Has Begun

On March 17, the first lecture was held within the scope of the course "Fighting Corruption - International Actors, Anti-Corruption Platforms", which is a part of the Educational Certification Program in Fighting Corruption. The lecture was led by Levan Samadashvili, who has previous working experience in the public and educational sectors for many years. He was the Chairperson of the LEPL Public Service Development Agency and Vice-Rector of the Georgian Institute of Public Affairs (GIPA). Levan is currently Chief of Party of the USAID Good Governance Initiative (GGI) team.

At the beginning of the lecture, Giorgi Kldiashvili, Director of the Institute for Development of Freedom of Information (IDFI), addressed the participants of the course. Giorgi, on the one hand, emphasized the importance of the educational program in fighting corruption, and on the other hand, briefly discussed the topics of the program. Under this course, program participants and students of the Ilia State Universitywill learn about issues such as International Anti-Corruption Platforms, National Anti-Corruption Strategies and Action Plans of Georgia, Transparency of Beneficial Owners, Anti-Corruption Policy in the Mining Industry, Political Corruption, Lobbying, and Voter Bribery.

It is already the third year that the Certification Program in Fighting Corruption is underway. After a successful start, instead of the 8 professional modules in the first year, the course was transformed into four academic courses for Bachelor’s and Master’s Degree Programs at the Faculty of Arts and Sciences of the Ilia State University. It is worth mentioning that in the fall semester of 2020-2021, the Master's students took the course "Anti-Corruption Policy Management in Public and Private Institutions", which was read by the consultant of international organizations - Tinatin Khidasheli.

The Certification Program in Fighting Corruption is financially supported by the Open Society Foundations, which promotes the development of sustainable human resources to fight corruption